WE WILL BE OPEN

Not recommended for anyone under 12 years.

Halloween at Creekside Manor  is a special time of year. The house comes alive with family and friends from the afterlife.
Mable summoned her old friend Jane to help her and Precious stop Victoria from taking over Creekside Manor.
Most of Mabel’s friends are somewhat sinister, not many are evil and vile as Jane.
Jane had once cooked a parakeet for dinner for her sister Blanch. Mable thought that was clever of her. Jane had bludgeoned her maid to death. A bit extreme, still acceptable behavior in Mabel’s opinion.
But was Jane really a good friend of hers?
Mable had seen Jane kissing Sir Frederick in the bar.
Jane was constantly flirting with Bonkers batting those ridiculous eyelashes at him. Jane loved the smell of fresh meat, she found butcher completely irresistible. Even Bean seemed smitten by Jane too.
It was obvious Jane was after the men in Mabel’s life.
Even Precious seemed charmed by Jane growing long blonde curls and taken to singing songs about Daddy.

That W-I-T-C-H Mable screamed. I’ll pull those blonde curls out of her head by their black roots.

Come visit Creekside Manor this halloween. When you see Mable blow her a kiss and tell her happy anniversary. After all it is her anniversary.
Get your picture taken with Bonkers Bean or Butcher.
Ask Sir Frederick for an autograph.
You might even catch a glimpse of Baby Jane herself.

Thank you for visiting Creekside Manor.

“The most haunted house I have ever experienced.”

“This house holds more activity and more potential for extreme paranormal activity than the Myrtles.”

“Having done research in this house for eight years now, I am sure it is far too haunted to be inhabited by any living humans, but scores of ghosts certainly are living there on a daily basis.” 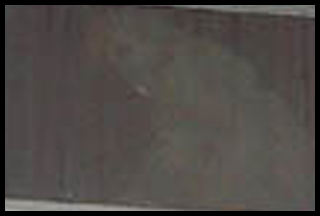