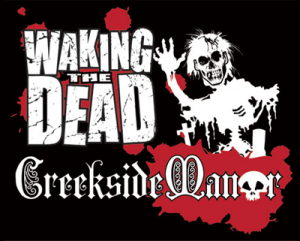 It seems as though the battle between Mabel and the wolves has come to a precarious standoff. Precious and the twins are being held captive by the wolves in the cellar below Creekside Manor. Their screams both comfort and haunt her.

Mabel desperately wants them back, but would need to drive the wolves to the woods where they belong first. If only she had some help…but from who?

Victoria? No, Mabel couldn’t rely on her as they didn’t get along at all. Everyone knew there’s always been an odd sort of power struggle between them, although no one knew why. On the outside, Victoria was 15 years younger…better educated…happier…prettier…and not nearly as evil as Mabel. On the inside, Victoria was beginning to feel powers of her own. Powers that by all rights should be passed on to Mabel’s first born, Precious. While Victoria didn’t know where the powers were coming from – she didn’t care. She was just happy she had them and no longer needed to rely on Mabel or go along with her devious plots.

If Mabel couldn’t trust Victoria and her family was either captured or dead…who could she enlist to help her? Then a single word flashed through Mabel’s mind: zombies. With the powers she possessed, she could put together her own army. An army of the living dead.

She would begin by enlisting her dearly departed brother, Richard. Digging him up herself would give her the chance to work her magic on his stiff and decaying body. He could then unearth many of the dead entombed in their resting places – the graveyard just outside her back door. Making zombie soldiers to serve only her was a stroke of genius! All her departed family members, aunts, uncles and cousins, would walk again thanks to Mabel’s powers. Why stop there? She would also have Richard dig the unmarked graves of Union and Confederate soldiers also buried in the graveyard – and those of Sheriff Palmer and Deputy King too! Yes…Mabel would have her army of corpses to fight the wolves, rescue her children, and drive them back to the woods.

The only order she’d give to her Zombie army would be, “Capture and kill anyone in Creekside Manor that doesn’t belong here – visitors and guests included!”